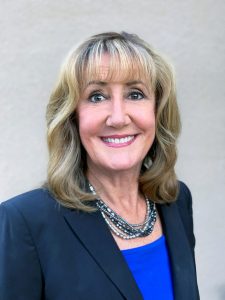 Vicki Sandler, Executive Director of the Arizona Independent Scheduling Administrators Association and AZ4CC Advisory Board Member, shares her thoughts on CCA, the limitations of monopoly utilities and opening up the energy market in Arizona to electric suppliers and ratepayers.

What is the problem with investor-owned utility monopolies?

Monopolies are needed if the barriers to entry are too high to support competitors entering the market. This was certainly the case over 100 years ago. Today, there are many independent power producers and when they choose the energy resources to invest in, the risk is shifted from captive ratepayers to their investors. There’s plenty of competition to build generation.  Compared to a regulated rate of return, typically these plants can be built at less cost competitively than if the monopoly builds it. Just the wires should remain as a monopoly. But today there is no incentive to compete because monopolies dominate their market.

The energy industry – and IOUs – are one of the few remaining industries that have not been deregulated.  Imagine if the airlines and telecommunications industries were still controlled by a few monopolies. Would we have the cell phone today?  Competition and choice transformed travel and communications.  We the people are accustomed to choice and choose most things that we buy and that should happen with regard to what generation we choose to purchase, be it 100% green or otherwise.  But because IOUs are a monopoly there is often little incentive to take risks such that creativity and innovation can be stifled.

What do you see as the benefits of the CCA model?

Community choice aggregation models operate through local governance where we the people, through our elected officials, get to choose what we buy, including a greener energy mix.  Today, many citizens want more green and are willing to pay for it.  The green renewable resources are often the least cost in the market also. The CCA model has been shown to be a way to achieve more clean, green energy faster and cheaper than in a regulated monopoly environment. Municipalities form the CCA and gain access to the wholesale energy market.  All decisions are local.

Another key benefit of CCA is that any profits realized are reinvested back in the community typically.  The cost of equity is lower in muni structures.

What are the benefits of the retail competition model that some of the AZ Corporation Commissioners favor?

There are 20 years of best practices on the best model of retail competition and that could be adjusted to fit Arizona’s peculiarities. Texas is the cleanest model with a free market. Prices have come down and more renewables have been added in Texas than in any other state. For the RE 100 companies that have pledged to be 100% renewable, they are economically incentivized to put facilities in the state of Texas.

There are other models nationwide such as Pennsylvania where choice works. Just like you can review a company on Yelp and decide not to go with that particular business, you can do that with your energy provider. The AZ Corporation Commission would need to adopt best practice enforcement to ensure that only high-quality players remain and if any suspicious sales tactics are used, they would pull their certificate to serve. Note that our Commission is not practically able to pull the regulated monopoly certificate because there are currently no alternative providers.

What resistance would the utilities have to discontinue providing generation?

Obviously the total shareholder return is based on all business lines and if generation was no longer built by utilities and added to rate base it would lower the overall return.  However, in other jurisdictions, the monopoly utilities have been incented to create smarter grids which would enable more demand-side response and lower the future need for added generation resources.  This would enable even more choice by consumers if they want to take the incentive of using less power during congested times, for example.