Lots of Solar… Many Missed Opportunities for Arizona 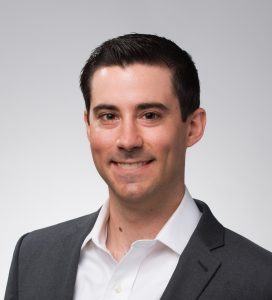 Last week I had the opportunity to talk to John Mittman, Board Chair of the Arizona Solar Energy Industry Association.  John is also Vice President of Distributed Energy Resources at Veregy.

Here are some of the highlights from our conversation.

First, Arizona Solar Energy Industry Association – or AriSEIA — is a 501c6 nonprofit trade organization, representing the solar and storage industry, solar companies, solar friendly businesses and others interested in advancing solar and storage technologies in Arizona. AriSEIA educates the public and key decision makers about solar storage technologies and energy efficiency, and ultimately increasing the use and implementation of storage and solar throughout Arizona. Over 40 members representing commercial, residential and some utility scale solar developers as well as industry advocates are working to advance solar in the state.

So what does the solar landscape look like in Arizona?

Arizona is ranked fifth nationally in solar production, which is an improvement over last year. As of Q2 2021, solar was generating 6,100 MW of energy, which is up by over 500 MW from last year. So, 23% of Arizona’s electricity is generated from solar. A majority of that is at the utility scale, through APS, SRP and TEP.  So roughly 8% of the grid is solar today.  But Arizona has the most potential for solar since it is one of the sunniest places in the country throughout the year.  There is definitely a greater market opportunity that we’re not taking advantage of.

So, the question remains, why isn’t there more solar?

For the most part, each of the utilities have made public commitments to move forward with large utility procurement efforts for solar and storage over the next five to ten years. Today most of the solar is coming from the utilities, where they have large, centralized power generation. And they’re also looking at adding energy storage to those power plants. Essentially, the utilities want to maintain control of solar and storage as much as possible.

There was a big shift over the last decade with rate schedules, net metering and rate tariffs that basically made it less valuable, especially in APS and SRP territories, for customers to adopt solar. Although the latest APS rulemaking related to home solar charges will help increase residential and commercial solar for APS customers.

But SRP is taking big steps backwards and has essentially gotten rid of net metering. As a solar developer, I (John) don’t even have solar on my house because I live in SRP territory and it wouldn’t produce any savings. Instead of encouraging customers to install rooftop solar and paying them back for surplus energy, SRP still has control of utility scale solar systems. There is still a real lack of progress in enabling customers to put solar on their own premises. It’s really challenging to make projects work in SRP territory because of that kind of nonfriendly value equation.

What about rooftop solar and new construction?  Is that a potential area of growth, given ongoing construction projects, here in the Valley and across the state?

Solar development with regards to new building construction varies depending on what the construction project is, whether it’s commercial or residential.  But it is a missed opportunity. It should be part of a long-term plan and something that AriSEIA would love to support, and it would certainly make it easier for customers to go down the route of solar adoption. Cost-wise, you’re talking about a savings of 30% to 50% in energy costs and that is significant.

But even if municipalities mandated their own building codes, the legislature in recent times has challenged any kind of progressive municipal policies. Even trying to move energy efficiency policies forward with new building construction has prompted the state legislature to pre-empt cities. So, if municipalities were to push for a policy like this, it would be met with some preemptive challenge.  A legislator could file a challenge with the attorney general stating that a municipality is in violation of state law, and that municipality would be at risk of having funds pulled when it comes to budget allocation.

Has the solar industry been impacted by supply chain challenges of so many industries?

Due to international trade conditions with supply and demand of solar panels and inverters, and commodity prices on steel, aluminum, copper going up over the last year, plus the labor market being continually challenged with all the other construction going on, we’re seeing about a 10% increase in solar in Arizona.

This is concerning, especially in an industry where the conventional wisdom is that prices continue to go down. And as folks like our company try to do business, the expectation is still there. It’s a lot more pressure to try and perform at that level. But we did have some good news recently. The import tariffs that were put in place by the Trump administration are expiring.  Also South Asian manufacturers of solar panel components will no longer be able to dump excess product in the US market, sell at a loss and undercut US pricing.

Let’s talk about Community Solar. Tell me your perspective on that.

ARISEIA is supportive of ANY efforts to expand solar throughout the state of Arizona. Community Solar would be more of a centralized project that would support dozens, if not hundreds of local facilities. Based on that definition, I think it’s interesting in places where there are more shared community spaces that would accommodate solar at that scale.  But this would not be a market for smaller solar developers.

Community solar is straightforward. It’s no different than most utility scale or largescale power plants. The challenge is on the policy side and the pushback from legislators. But on the Corporation Commission side, Commissioner Kennedy would be an advocate and possibly Commissioner Tovar.

I would be interested in your opinion of CCA.

I think it’s an interesting concept. And I think, as an industry group, we generally support anything that advances solar energy and energy storage.  It does seem like it’s a few years out, at least before really being attainable. And that’s just because, again, with the policy landscape, how do we remove obstacles to Arizona being the market leader in solar?  We would need progressive policies to put us in that position.

I would think that if you’re able to get to the deregulated market, you definitely have a more favorable body in the Commission that would be willing to consider it. But as we’ve seen efforts to move forward with deregulation here in Arizona in the past is a steep hurdle to climb. But I do think people are coming around slowly.

Mainly you have the utilities saying they don’t want deregulation. And one of the main talking points is using Texas as an example of deregulation and rolling brown outs, how that could happen in Arizona. And what do we do to homeowners in the middle of summer when it’s 120 degrees and they don’t have electricity?

I think you would have to use statistics and evidence backed arguments and say what a deregulated market could bring. But I will also point out the utilities are using the most recent Texas debacle where the entire grid went down for reasons why deregulation is bad. So Texas is a prime example as to why not to do something, and it gets used quite a bit as talking points, whether or not it’s true.

So how do we get to a deregulated market?

I think there’s a misconception about deregulation. And in Texas, if you look at ERCOT, the issues there stemmed from a lack of investment at the transmission and distribution.  I think if, in theory, the vertically integrated utilities in Arizona were required to divest from their generation or transmission assets, creating a nonprofit transmission operator, we would still include coal, natural gas, and existing assets that provide that baseload security. But solar would be the dominant energy.  So I don’t think that deregulation would really change our energy security as long as it’s managed properly at that level with the right kind of planning. We would need a regional transmission operator for that to happen.

But I think what it would do is eliminate the obvious conflict of interest that we constantly battle with vertical utilities that don’t want to give up their generation control. We need to transition from utilities of old being centralized to having distributed assets that can manage those same grid outage situations. Theoretically, it’s a lot more efficient to have local generation.  But you have a lot of vested utility interests that don’t want to go down the deregulation path because of what it would represent to shareholders. It throws them out of that whole utility category altogether.

AriSEIA partners with other solar advocates like Solar United Neighbors and the Sierra Club and we aim our efforts toward the Corporation Commission where we think we have a better chance of moving favorable energy policy, like deregulation, along. We partner with other advocacy groups aimed at legislative efforts. We have to pay attention to both branches of government.